Two Sully Buttes students are standing out by succeeding in the bee and rocking a beat.

“Winning the bee once is excellent, but three consecutive times is quite a feat,” Elementary Principal Shana Davis said. 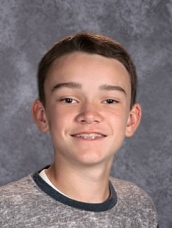 Students in the fourth through eighth grades participate in the Bee with all 100 eligible students participating in this year’s event.

“Having students participate in an academic competition such as the bee allows our district to showcase the academic talents of our students and encourages students to excel in the classroom, as well as on the court, field and stage,” Davis said.

The Agar-Blunt-Onida School District has competed in the Bee since the 2002-03 and Griffin’s great interest in geography propelled him to be the district’s first student to win the local Bee three years in a row.

“The district is pleased to see a student have such a strength in the social sciences,” Davis said. “It raises the bar for other students to work on their geography skills and strive to do better in the bee.”

The skills of a musical kind by Sully Buttes High School Senior Kole Pickner have been on display for a number of years.

“Whether it’s in the elementary, junior high, or high school, our student body knows who Kole is and what he has accomplished in band and chorus,” Band Teacher Erica Guthmiller said. 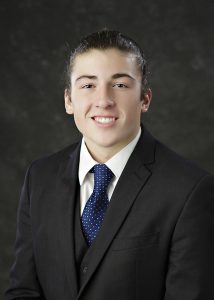 “When Kole was auditioning as a freshman, I knew there had to be a good chance of him making it or at least being very close to making it,” Guthmiller said. “When the result lists came out, I remember staring at my computer screen, looking at his name and repeatedly saying, ‘He did it – he really did it!’”

“When I told the band about him making it, the excitement in our room was overwhelming. This is a great accomplishment for not only Kole, but for our band department in general.”

Kole has been a four-year euphonium player in the South Dakota All-State Band, having the highest audition score in the state both his junior and senior years and earned the honor as the section leader those two years. He was also selected as a member of the All-State Chorus all four years of his high school career.

A musical career students in the district have taken notice of.

“They look up to him, they appreciate him,” Guthmiller said, “and most importantly, they respect him for what he has accomplished throughout his junior high and high school years.”