This year was a pivotal one for Henry High School’s One-Act Play cast.

Last year, after the cast again did not earn enough superior ratings at the region contest to compete at the state level, one student decided to try something different and took on the task of writing a play himself.

Henry High School Senior Carter Hoffer has been active in Henry’s performing arts program since the 7th grade, with a passion for performing that began in oral interpretation. Each year his Oral Interp scores inched their way to the top, and eventually Carter joined Henry’s tradition of competing and medaling at the state competition.

As a senior, he also wanted a medal for One-Act.

Carter spent the summer working on his first script; not only did he want subject matter conducive to high school students, but also he wanted an original angle. And so from Carter’s mind to his paper came “Chasing Juliet” a play which takes bullying, stereotypes, and school shootings and offers the audience an intimate glimpse into the mind of the victims and perpetrators.

In a school the size of Henry, One-Act Play Director Shana Vander Grift had to find time between classes, job schedules and athletics for rehearsals. It wasn’t easy.

Rehearsal time was scarce, but since the cast was so deeply embedded in Carter’s script, they took a unique ownership in their characters. 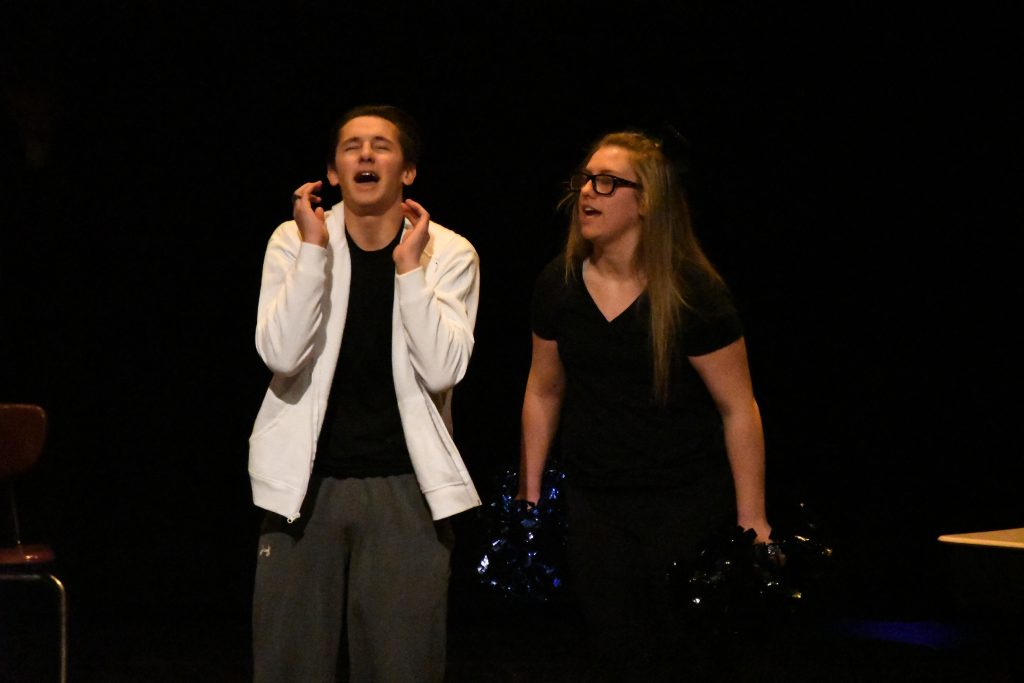 “If something wasn’t working or flowing like it should, the cast all collaborated together to make is better,” Vander Grift said.  “It was astounding to watch.”

At the region competition in Watertown the cast earned their way into the State Competition.  The judges praised the cast and playwright Carter for a fantastic job.

“It was awesome,” Carter said. “Finally our school made it to state for the first time!”

That Carter wrote and co-directed the play made the region tournament moment all the more special for the tiny cast of three seniors, five juniors and one freshman.

“The performance was flawless.  I cried through the entire thing,” Vander Grift said. “I was so proud of them, and yet very sad to know this was the last time I would see the seniors on stage.”

Although Henry did not earn a superior medal at the state competition, Carter took home an outstanding actor award. He hopes to continue his writing after graduation and is looking into publishing his play, potentially marking “Chasing Juliet” as the first step in the young author’s very promising future.

“This has been the best performing arts season Henry has ever seen,” Vander Grift said. “It has been such a blessing to see these kids work so hard.  These seniors will be deeply missed.  Some of their class has been pivotal in turning the culture in Henry around.”

“They are truly wonderful young people.”