Prior to the 2014-2015 school year, the technology-based elective offerings at Spearfish Middle School were limited.

With the elimination of a traditional industrial technology program after the 2003-2004 school year, students were left only with a basic computers course.

During the past three school years, the number of classes offered to sixth, seventh and eighth grade students interested in STEM content has grown dramatically, thanks to some innovative individuals and a few generous grants along the way.

Students can now elect to take classes such as Design & Modeling or Automation & Robotics, which are part of a national curriculum offered through Project Lead the Way (PLTW). PLTW offers K-12 students, as well as teachers, engaging, hands-on classroom environment and develops in demand knowledge and skills.

SMS STEM Teacher Teri Bauerly realized the potential benefits to students that PLTW offers and was instrumental in bringing the program to Spearfish. 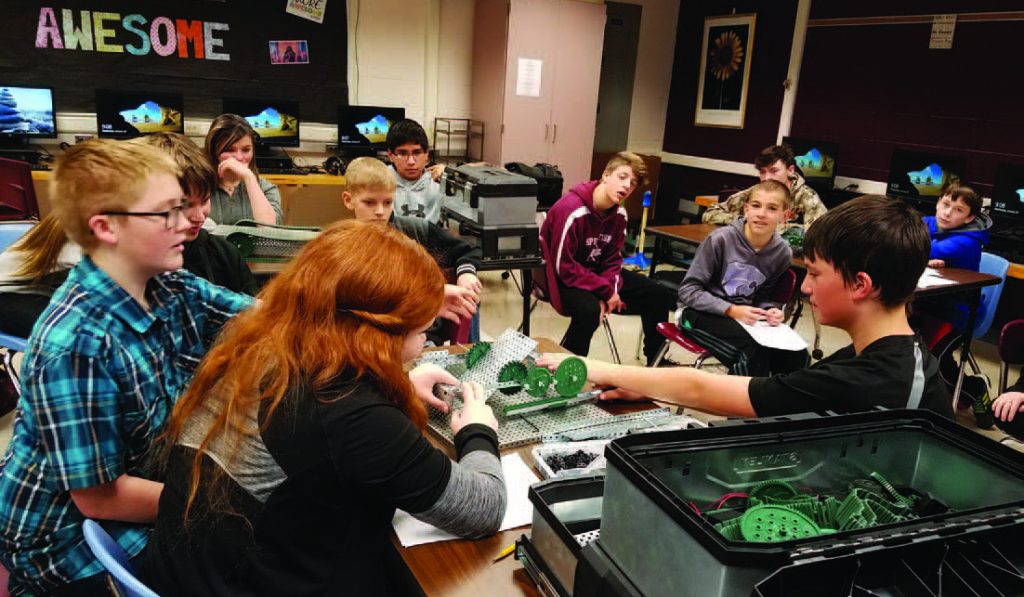 In 2014, SMS secured a Perkins grant totaling $21,000, thereby enabling the implementation of Spearfish’s first PLTW offerings: Design and Modeling and Automation and Robotics.

Design and Modeling students apply what they learn about the Engineering Design Process to design and construct a therapeutic toy for a child with cerebral palsy, while Automation and Robotics students learn about energy transfer, machine automation, and computer control systems using the VEX Robotics platform.

Students and teachers alike enjoy the experience of the PLTW courses and the opportunities they provide.

“What I love best about these courses is the opportunity for students to lead the learning, to showcase their creativity, and to connect the dots between content knowledge and careers,” Bauerly said.

While Bauerly prepared to teach the first two PLTW classes, she was also busy planning for the implementation of another PLTW module. The increased funding allowed for the addition of Energy and the Environment for the 2016-2017 school year.

In Energy and the Environment students investigate the impact of energy on their lives and use what they have learned to design and model alternative energy sources, as well as evaluate options for reducing energy consumption.

The latest round of grants, along with increased funding from the district, did not simply provide an additional single course offering at the middle school, but allowed for the addition of another STEM teacher.

During the 2016-17 school year, Dagit is teaching App Creators (Computer Science I) to sixth, seventh and eighth grade student. Students are learning about computational thinking and problem-solving while developing Android-based mobile applications.

SMS Sixth Grade Student Kylie Wheaton decided to enroll in App Creators and Design and Modeling as two of her electives this school year.

“I like that I can do something different than my core classes, and they are extremely fun,” Wheaton said. 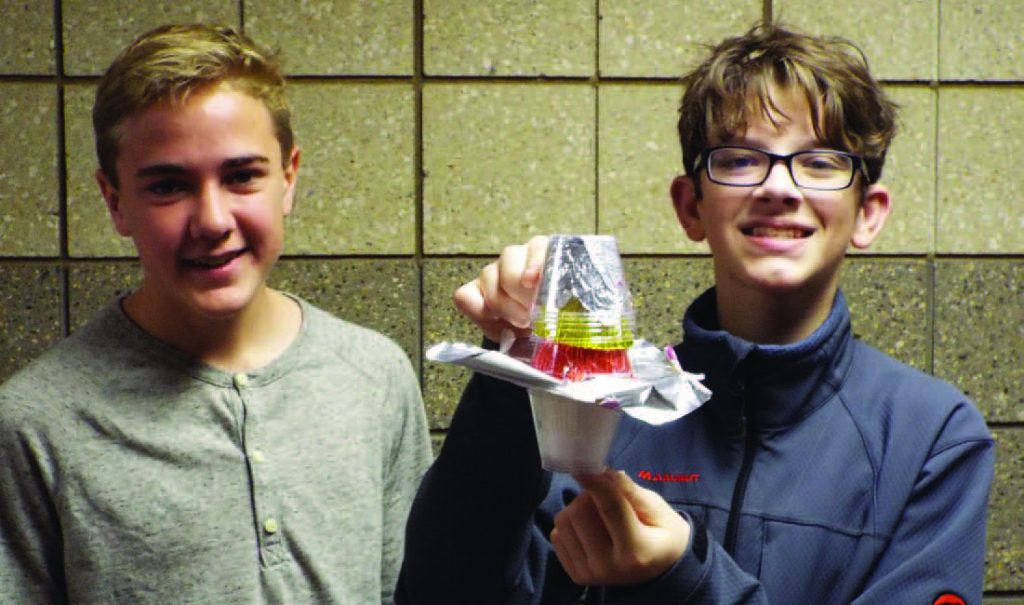 However, those responsible continue to diversify course offerings with plans to add two more modules in the near future. When students register for the 2017-18 school year, they will also be able to choose Computer Science for Innovators and Makers (Computer Science II), an extension of App Creators.

An entirely new module Flight and Space, which will also be offered for the upcoming school year, offers students the chance to explore the science behind aeronautics and use their knowledge to design, build and test an airfoil.

The addition of these two classes brings the number of available PLTW modules to six.