Courtesy of Caitlyn Peetz of the Mitchell Daily Republic

If history repeats itself, the Hanson School District could soon see an enrollment spike.

On Monday, school officials held a ribbon- cutting ceremony for its recently completed $2.6 million expansion, another item added to the long list of renovation projects the district has undertaken in the past half-decade.

In the past five years, the district has built a new elementary wing and a library wing, and prior to these projects, the district added band, choir and special education classrooms. Then, in a separate project, renovated the school’s gym, all of which Superintendent Jim Bridge said likely played a major role in the district’s influx of 125 students in the past 10 years.

“Every time we’ve built onto our school, we’ve added kids. There’s no rhyme or reason to how that happens, but it happens and I don’t think a lot of communities in our area are able to claim that,” Bridge said. “I hope 10 years from now we’re up another 125 kids.”

But, for now, the district is focused on reveling in the rewards of a years long process to complete the project.

Today, students will be tasked with helping faculty and staff move into the 10-classroom addition, and Bridge said he couldn’t be more excited. And part of that excitement comes from being able to do so two months ahead of the original April projected completion date. 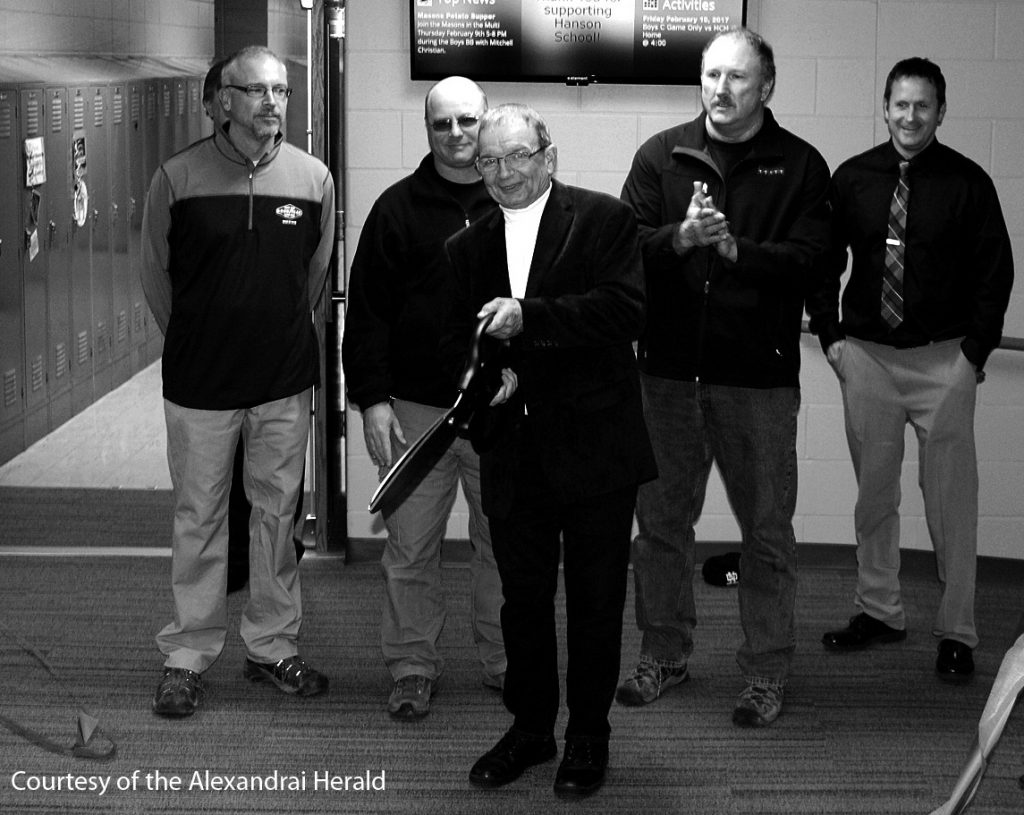 The expansion is located between the community library and garage structure on the south side of the school, and is attached to the existing school structure. The classrooms will be used for middle and high school English, science and math.

Additionally, there are administration offices and a centralized entrance to the school.

“How could you not be excited?” Bridge said. “It’s very encouraging for our community. It feels like the first day of school, the last day of school and Christmas vacation all piled into one.”

Next, the district will begin working on an extra addition in the school’s courtyard which will add two more classrooms and install new heating and cooling systems.

Because of its location, School Board President Gary Jarding said school officials opted to hold off on starting this phase of the project because certain classrooms will be out of commission while the courtyard expansion is being completed. Thus, the board felt it prudent to ensure the main expansion would be completed to squash any space concerns, Jarding said.

A 17-year member of the Hanson School Board, Jarding has been part of several renovation and expansion projects, but he said they’ve all gone over with ease among the community members.

And this project is no exception.

“They’ve seen before that we can do it, so they have faith that the projects we do will help us grow,” Jarding said. “Every building project we’ve done has been positive and nicer buildings always contribute to bringing in more kids — this one should do the same.”