In order to encourage an enjoyment of reading, O’Connor provides reading time for her students in each class period and to try something new this year, she and her students competed against a nearby school in reading time.

Each quarter, O’Connor and Kadoka English Teacher Jessica Magelky tracked of the amount of pages each class had read independently. Students read more than 355,000 pages in the first two quarters of the year.

“Having the teachers compete against one another has also added to the spirit of the competition,” O’Connor said. 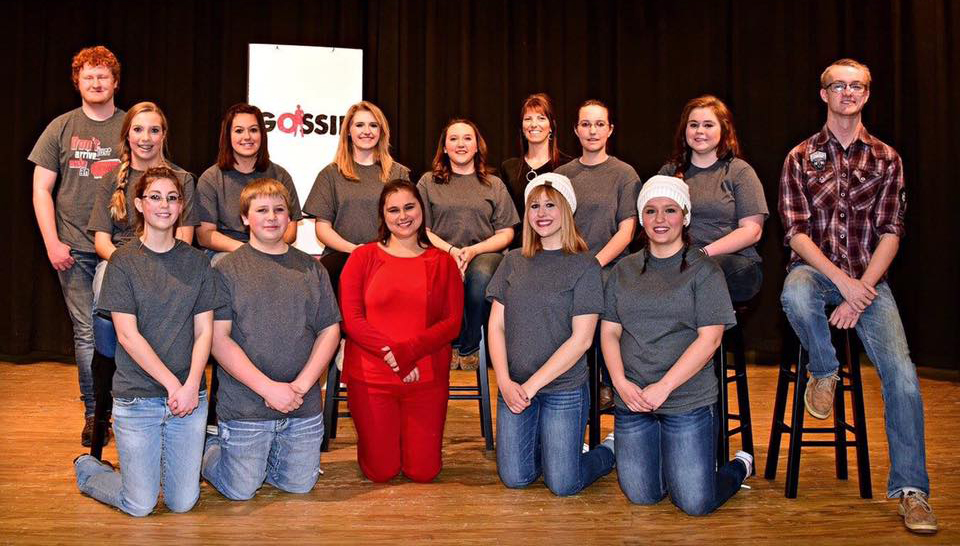 “My students and I enjoy class by Christmas lights for just about three weeks during the Christmas season,” O’Connor said. “It is a tradition we all look forward to!”

Finally, the district’s one act play group had a successful year.

To perform at the state festival, schools participating in the SDHSAA one act play event must first compete at the region level. Typically in Class B, there are seven schools vying for the two spots from each region, which qualify them for the state festival.

In January, the cast of “Gossip” competed at regions and advanced to the state festival held at the Northern State University campus in Aberdeen in February. While there, student performers were able to watch multiple shows in addition to performing their own. When the awards ceremony was held, PHS actors brought home four Outstanding Performer awards and one of the five Superior Play awards given to Class B school plays, of which there were sixteen at the festival.

“The kids are to be commended on a job well done!” O’Connor said.